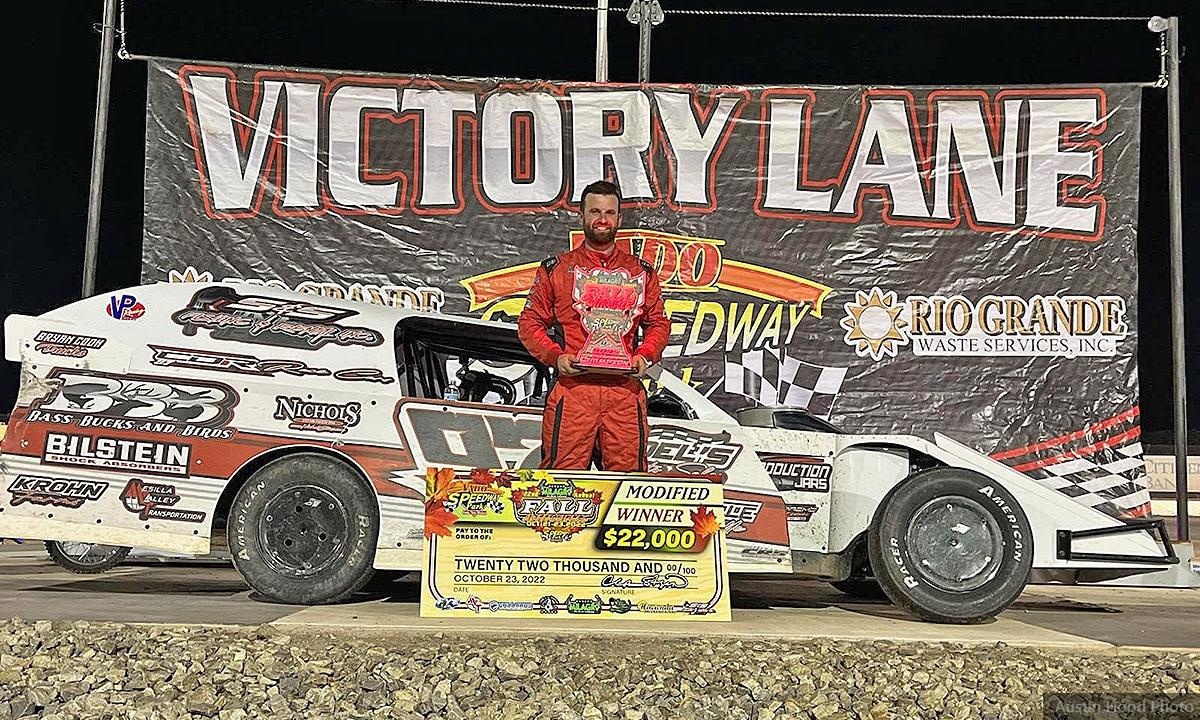 Cade Dillard picked up his biggest win of the season over the weekend with a $22,000 triumph at Next Mexico’s Vado Speedway Park behind the wheel of his S&S Fishing & Rental Inc. No. 97 Bass Bucks and Birds / CDR Race Car Modified.

“Man, what a signature win for these new CDR Race Cars. They’ve been really fast out of the box this year, and now to get the $22,000 win at Vado (Speedway Park) is huge for us,” Dillard said. “Weekends like these are hard to come by, but when do come around they remind you that all the blood, sweat, and tears that is put into this is worth it. This past year I’ve put my life into the developing of CDR Race Cars and I am so dang proud of what we have. There’s a list a mile long of people that’s contributed to making this possibly and to you all I’m forever grateful.

Cade Dillard returned to the driver’s seat of his Joel's Auto Sales No. 97 Modified on Friday evening in the opening round of the Rancho Milagro USRA Modified Fall Nationals at Vado (N.M.) Speedway Park.

With a fifth-to-first run in his heat race placing him on the front row for the feature, Dillard turned back a late charge from Jake O’Neil to secure his 12th win of the season. O’Neil, Johnny Scott, Terry Phillips, and Dereck Ramirez trailed him to the checkers in the 25-lap affair.

For Saturday’s prelim, Cade retired early in his heat race before passing 13 cars in his B-Main to place third. Coming one spot shy of a Top-5 finish in the feature, Dillard advanced through the field 15 spots to register a sixth-place finish.

Earning the fourth-starting position for Sunday’s USRA Fall Nationals finale via his performances in preliminary action, Dillard tracked down race-long leader Johnny Scott on lap 33 and led the remainder of the 50-lapper to capture the $22,000 payday.

He recorded his 12th win of the 2022 campaign ahead of Scott, Jake O’Neil, Dereck Ramirez, and Jake Timm. 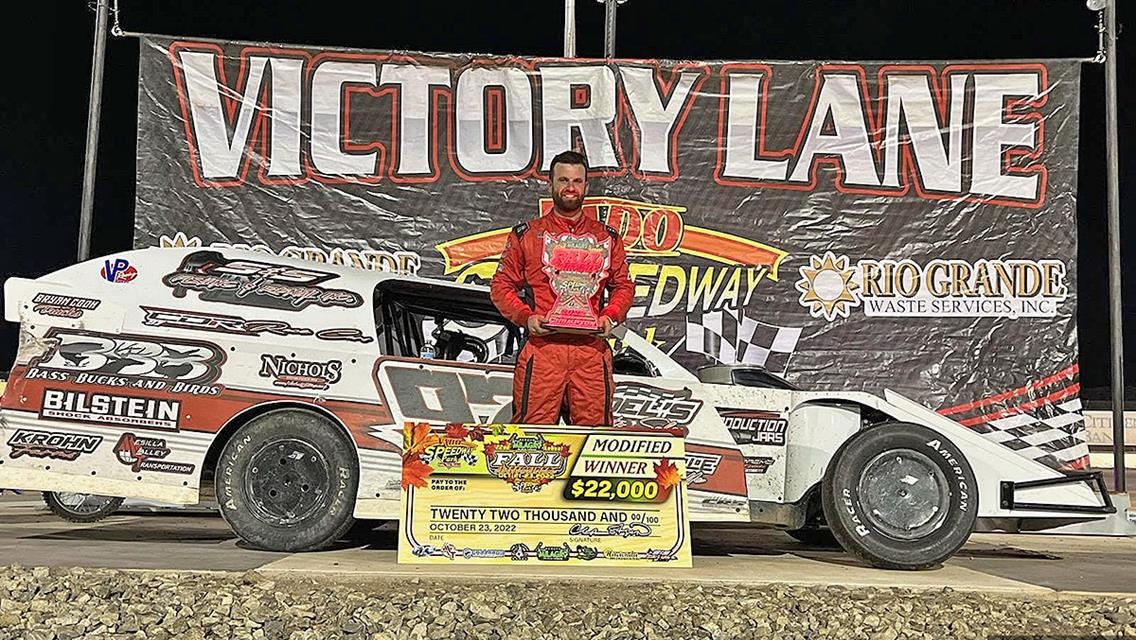 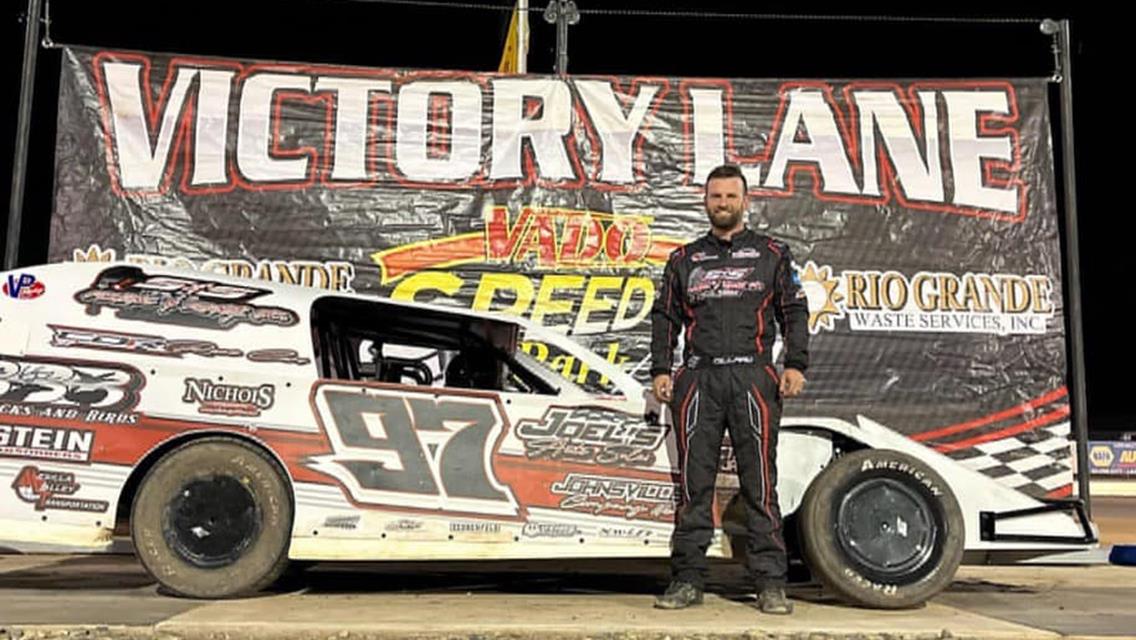 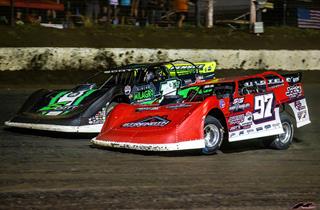 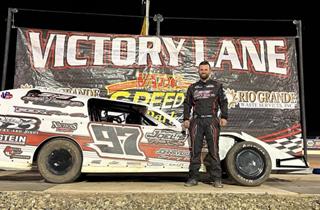 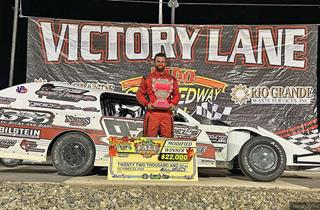 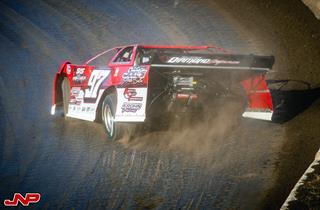 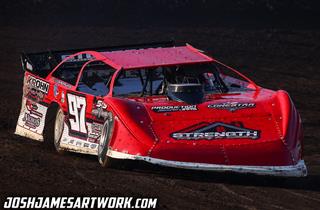 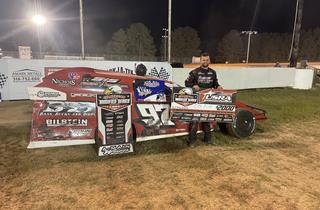 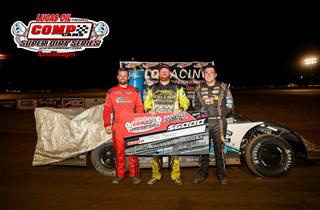 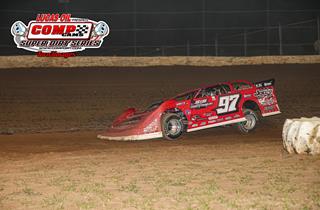